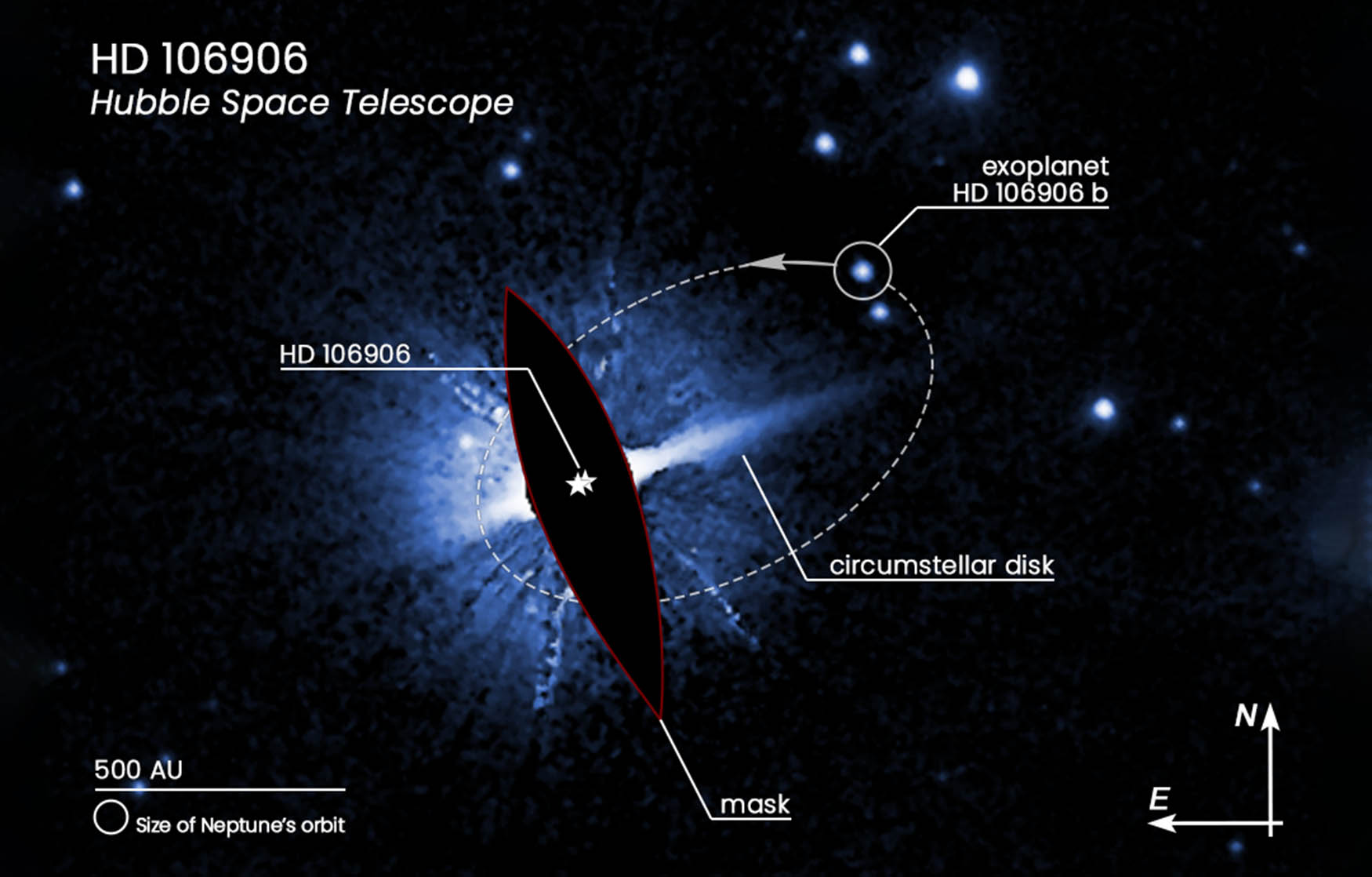 Astronomers using observations from NASA’s trusty Hubble Space Telescope have detected a distant exoplanet with an extreme orbit.
The planet, called HD 106906, has a highly elliptical orbit that sends it far away from its stars every time it completes a trip.
The planet’s extreme orbit is similar to what some scientists believe is true of a mysterious and unseen ninth planet in our own solar system.

We all grew up thinking there were nine planets in our solar system. Pluto got demoted, leaving just eight official planets, but in recent years some scientists have begun to believe that there is indeed a ninth big planet hanging out on the edges of the solar system, beyond our limits of detection. It’s a theory that is supported by observations of smaller objects in the asteroid belt past Neptune, but nobody has actually seen this lost world.

Now, the Hubble Space Telescope has spotted a distant exoplanet that has an incredibly distorted orbit around its host stars. The planet, called HD 106906, orbits a double star located 336 light-years away, and NASA says it could help astronomers explain how our own still-mythical “Planet Nine” could exist.

The planet is huge, and NASA says it’s approximately 11 times as massive as Jupiter, the most massive planet in our solar system. It was initially discovered way back in 2013, but it wasn’t until recently that researchers were able to observe its orbit, which provided quite the shock.
This is the first time that astronomers have been able to measure the motion of a massive Jupiter-like planet that is orbiting very far away from its host stars and visible debris disk. This disk is similar to our Kuiper Belt of small, icy bodies beyond Neptune. In our own solar system, the suspected Planet Nine would also lie far outside of the Kuiper Belt on a similarly strange orbit. Though the search for a Planet Nine continues, this exoplanet discovery is evidence that such oddball orbits are possible.
Indeed, it does suggest that a mysterious unseen planet may still be lurking in our own system for scientists to find. That notion is aided by the fact that the system that HD 106906 resides in isn’t entirely dissimilar from our own, despite the fact that it has two stars at the center instead of one.

“This system draws a potentially unique comparison with our solar system,” Meiji Nguyen, lead author of a study explaining the planet’s orbit, said in a statement. “It’s very widely separated from its host stars on an eccentric and highly misaligned orbit, just like the prediction for Planet Nine. This begs the question of how these planets formed and evolved to end up in their current configuration.” The research was published in The Astronomical Journal. It’s far from a confirmation of a planet nine existing in our solar system, but it’s an interesting finding that does suggest it may be possible.
Read More 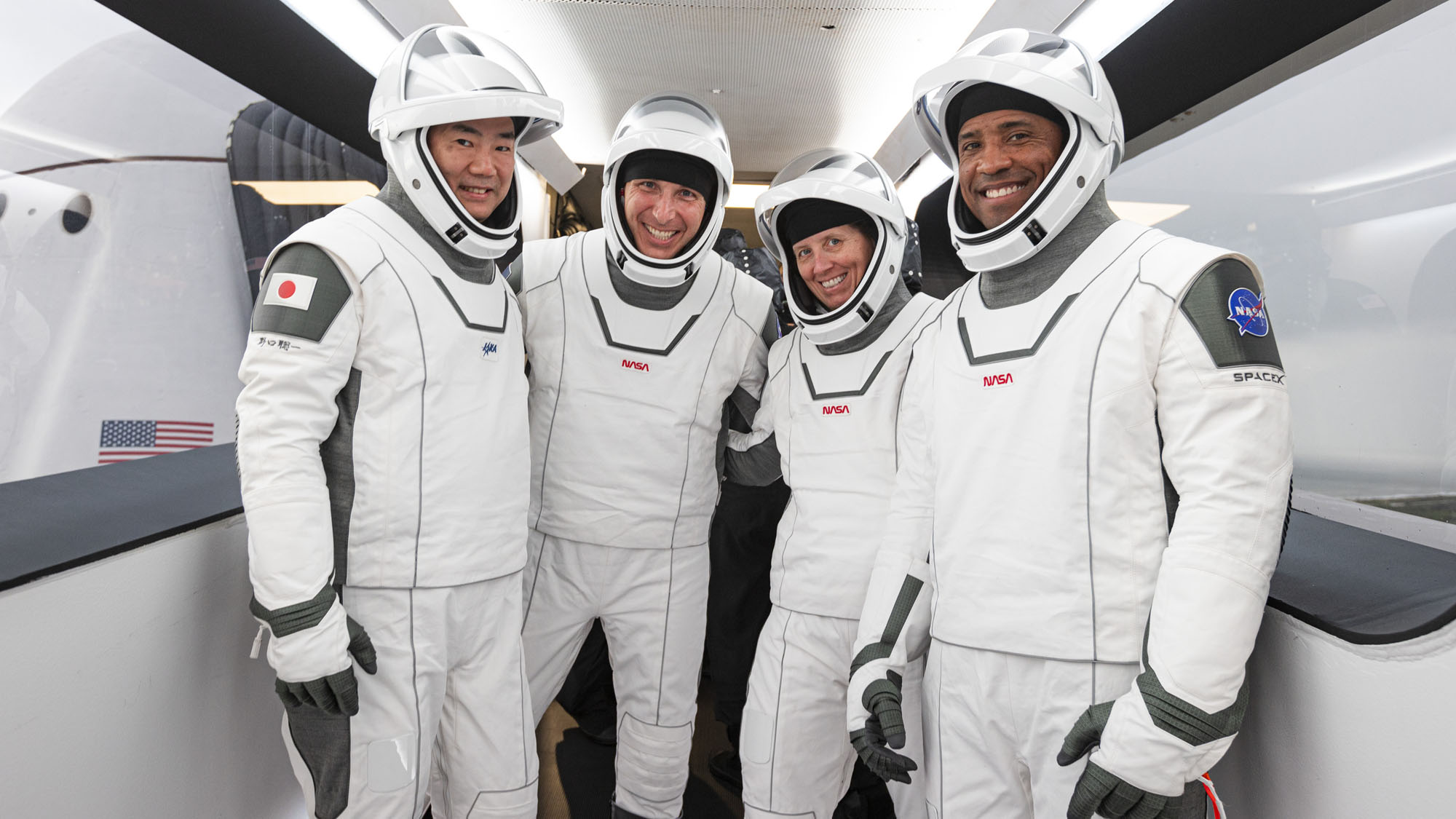 Meet Crew-1: These are the 4 astronauts who are flying on SpaceX’s next Crew Dragon 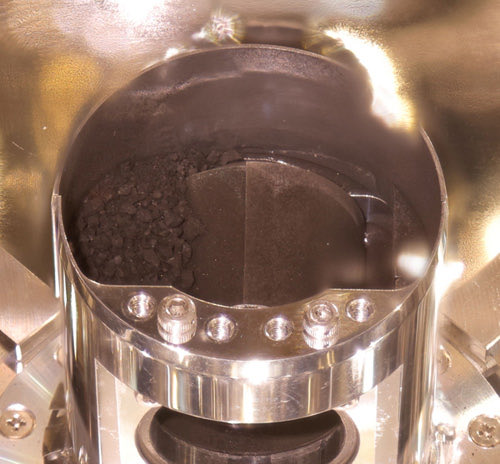 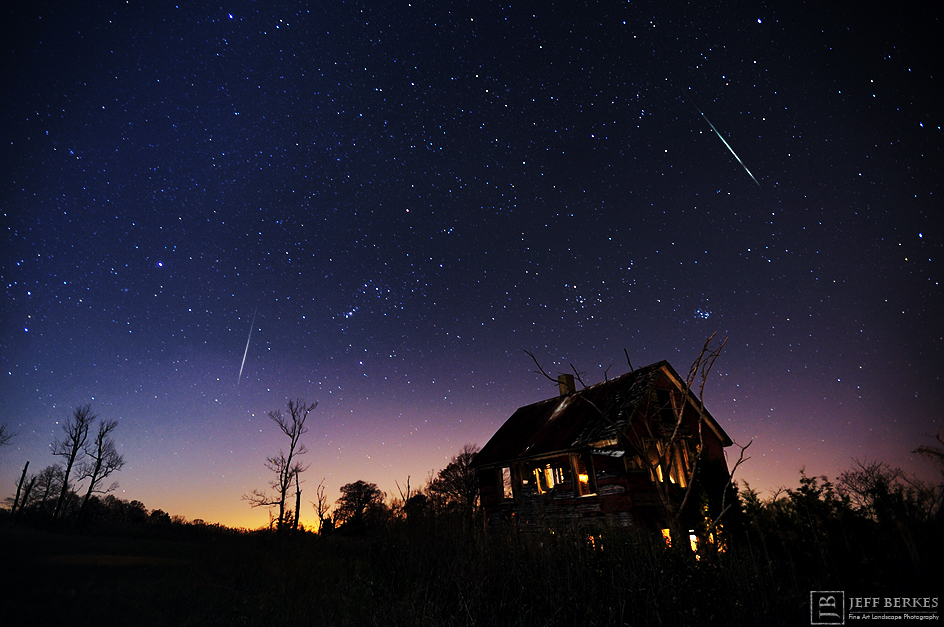 The Leonid meteor shower of 2020 peaks tonight! Here’s what to expect.